By The Wind Sailors 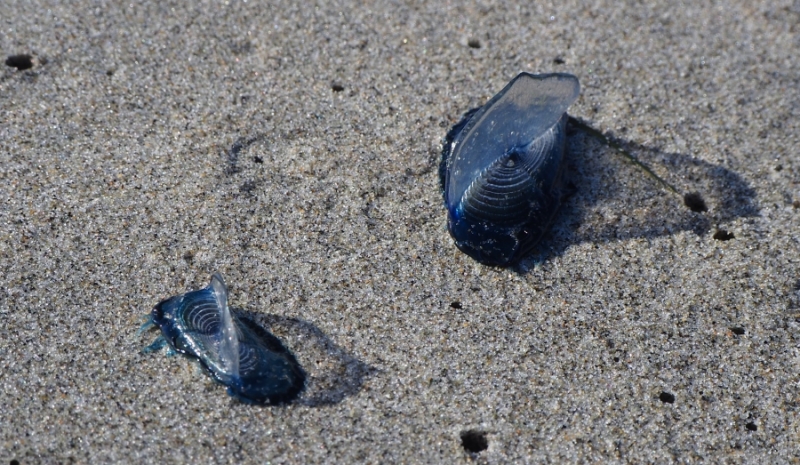 This week the Farewell Spit Beach was littered with large numbers of By The Wind Sailor jellyfish.

Paddy reported that it's the most he has seen on the beach. "Similar in many ways to blue bottles, this year there are more than I have ever seen on the Spit. They washed up on the outer beach last week - the lines of them you can see stretching into the distance go all the way along the beach."

By The Wind Sailors, also known as Velella velella, are found throughout the world's oceans, and are usually ocean-going organisms. But they are often pushed by prevailing winds on to open shore-lines, and an increase in their numbers is sometimes associated with warmer than normal water temperatures. An approaching El Nino season can provide these conditions. It is thought that the warmer water may spur a 'bloom' of young By the Wind Sailors, causing greater numbers to be pushed ashore. 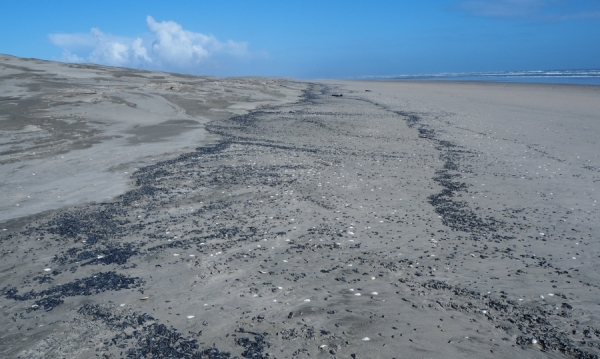 Considered a part of the larger Cnidaria family, like jellyfish, corals and sea anemones, they are similar to the Portuguese Man-O-War jellyfish. They feed by using their stinging tentacles to trap small fish and zooplankton, and also attract food through the small brown zooxanthellae on their bodies - a little like corals do. They get their name from the small erect 'sail' on their backs, which allows propulsion by the wind. This ease of motion also means they are sometimes driven by prevailing winds to places like Farewell Spit, where they are not usually seen.

Even with their stinging tentacles they are not considered harmful to humans.