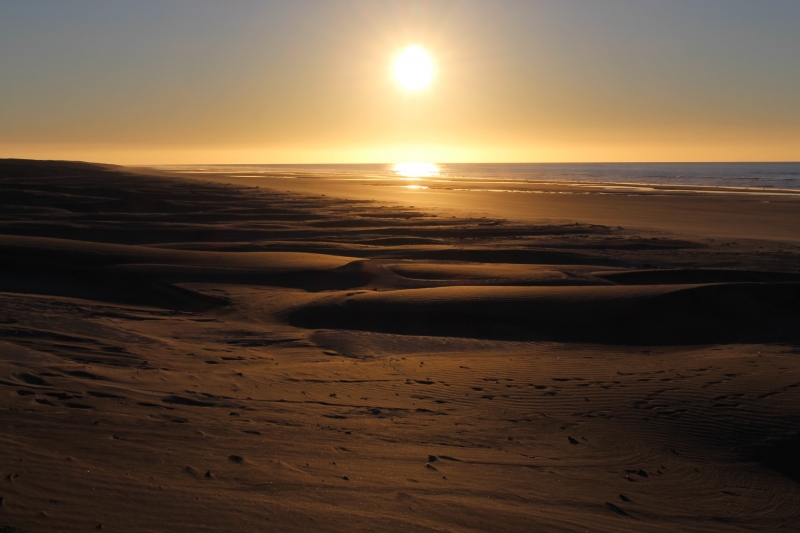 The slow creep of the changing seasons has become apparent in the last month as we change from late summer to autumn. Leaf colours are burnishing, nights are cooler, and annual plants are dying down.

Out on the spit seasonal changes are also happening, but it's more to do with the wildlife and the weather than the colours and the plants. Autumn on Farewell Spit, and on the west coast in general, is a beautiful time of often still days, calm shiny blue sea and pleasant temperatures. But no matter what the day by day weather is doing the migratory birds have moved to their own internal clocks and flown for warmer temperatures. Godwits, knots and turnstones have all headed north now, drawn by their northern summer feeding grounds. These birds have the luxury of a life lived in summer, following the high midday sun across the globe like a hungry shadow.

But there is still plenty of wildlife left here, with species like the New Zealand fur seals and Australasian gannets changing in to their winter modes. As the young gannets finally fly from their nesting ground at the end of the spit and head off on their own adventures in Australia (like so many young New Zealanders), the adult gannets are free to fly further afield for food. We are starting to see more of them above local beaches away from the spit now. The fur seals will still be lolling in the sun along the spit, feeling well fed after their last meal. And the ever-cute oystercatchers will be twittering away at the waters edge, their red legs and beaks flashing in the sun as they run.

With the beautiful clear calm days of autumn and less people around as the summer crowds leave, the spit is a gorgeous place to spend time. And with the shorter days it's easier to catch a fiery sunrise or mellow orange sunset on one of the spit tours.