Leopard Seal on the Spit 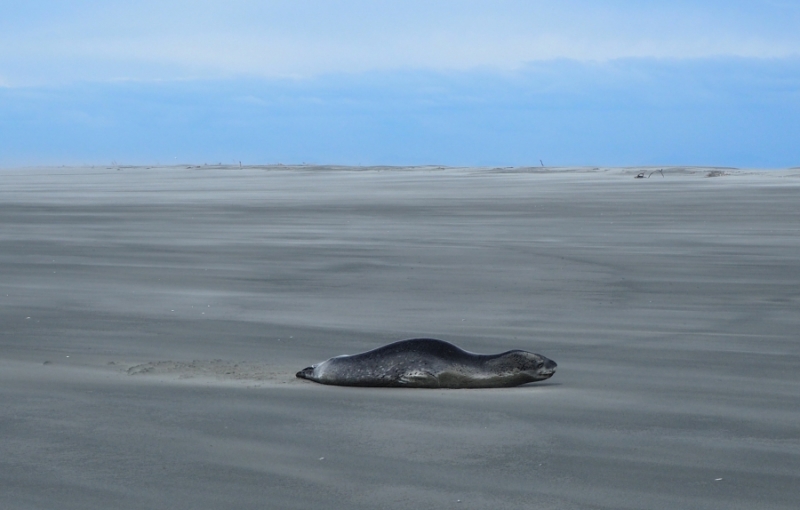 Every three or four years a Leopard Seal is spotted on the spit. Usually found around the pack ice of Antarctica they are known to visit the New Zealand mainland, especially in winter. It is usually the younger animals that travel these long distances.

This Leopard Seal, looking a bit like a giant over-fed eel, has been seen on the Farewell Spit beach several times in the last few weeks. Staying late after his winter break he will soon head back to the cooler waters of the southern latitudes. Leopard seals are regular visitors around New Zealand's sub-Antarctic islands, seen around Auckland and Campbell Islands each year.

Leopard Seals are one of the few seals to eat warm-blooded prey, including other seals. And only the orca is higher up the food chain in their home waters around Antarctica. There are also a few recorded attacks on humans, so this is not a good species to swim with!

There have been increasing reports of Leopard seals being seen around beaches in New Zealand over the past few years, with no apparent explanation for this. So we may see this big guy on the Farewell Spit beach more often.