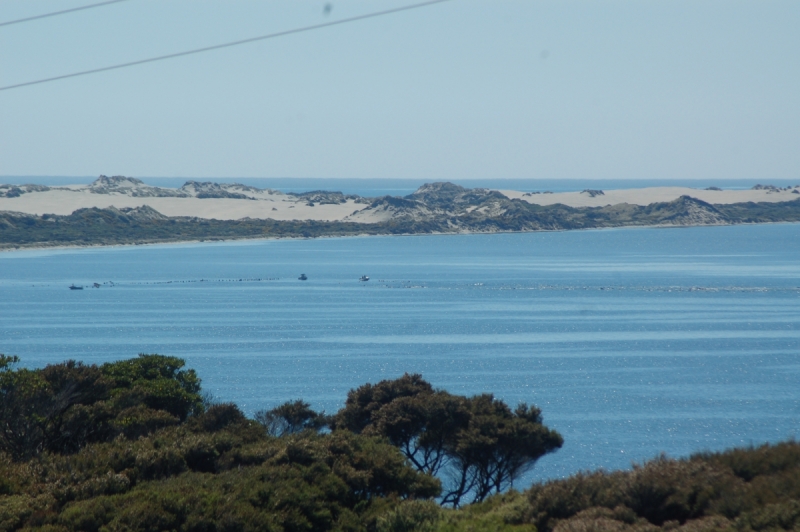 Early on Friday a mass stranding of pilot whales was found at the base of the inner side of Farewell Spit, near Puponga. It made news around the globe. Rescue attempts have been in motion since then with a large group of volunteers in the water each day helping to keep the beached whales alive.

Paddy was fortunate to be up on the hill at Puponga when a new superpod of pilot whales swam in to the area on Saturday on the midday high tide. He watched (and photographed) as the pod swam very deliberately towards the already stranded whales. They stopped at the line of people and boats, turned around, and headed back out to sea. The already stranded whales, that were able to, swam out with them. 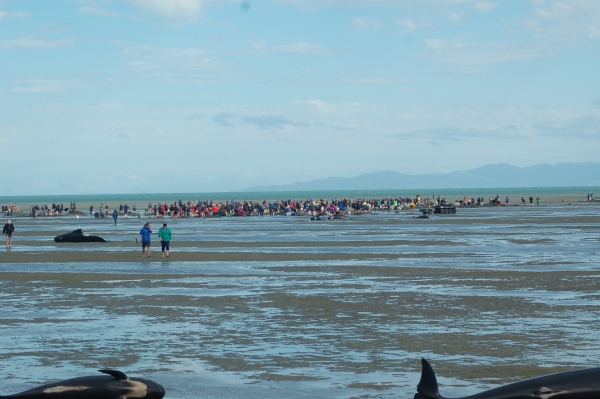 Volunteers work on the beach to help save the beached whales

He said the whales then swam back out to sea with the whales they had 'rescued'. He called it "a beautiful thing" and was very moved by witnessing the event. 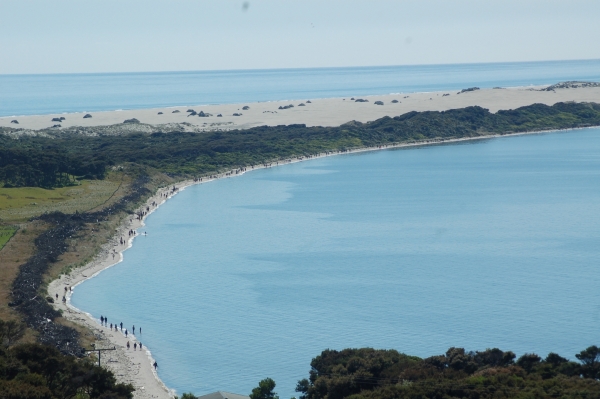 This superpod was last seen still swimming around in Golden Bay and is being monitored to see where they are heading. 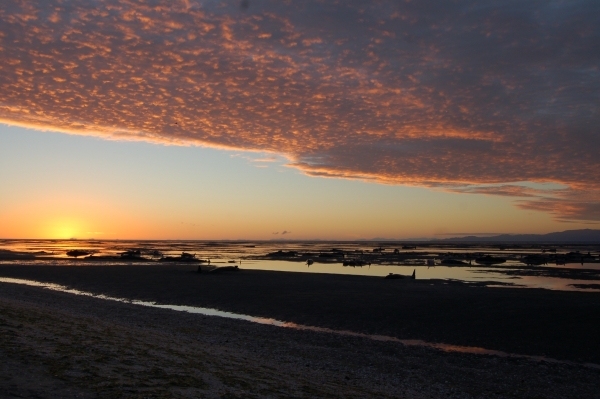 The arrival of a 'rescue' pod like this hasn't been seen before and offers hope that the whales may have a more organised response than people have previously thought.

At the time of writing (Sunday morning) there is a new, small stranding of 18 whales  just south of Puponga but the large group are still out at sea.